The theme I was allocated for today’s sermon was ‘Make it simple’. Make it simple! What a theme!! I’m good at making things complex, nuanced and sophisticated; not at making the complex and (ultimately) unknowable simple.

So I start this message by sharing my testimony of how I became a Christian on 21 October 1984.

I then use the four readings allocated for today to pull out two main themes:

Together, these readings present to us a very simple (albeit not easy) approach to Christianity:

It is really as simple as that. And while these sound like two things, they are in fact one, because God is love (1 John 4:8). So, in truth, at its simplest level, being a Christian means:

Choose the God of love

1 “There was a rich man whose manager was accused of wasting his possessions. 2 So he called him in and asked him, ‘What is this I hear about you? Give an account of your management, because you cannot be manager any longer.’

3 “The manager said to himself, ‘What shall I do now? My master is taking away my job. I’m not strong enough to dig, and I’m ashamed to beg— 4 I know what I’ll do so that, when I lose my job here, people will welcome me into their houses.’

5 “So he called in each one of his master’s debtors. He asked the first, ‘How much do you owe my master?’ 6 “‘Three thousand liters of olive oil,’ he replied. “The manager told him, ‘Take your bill, sit down quickly, and make it fifteen hundred.’

7 “Then he asked the second, ‘And how much do you owe?’ “‘Thirty tons of wheat,’ he replied. “He told him, ‘Take your bill and make it twenty-four.’

8 “The master commended the dishonest manager because he had acted shrewdly. For the people of this world are more shrewd in dealing with their own kind than are the people of the light. 9 I tell you, use worldly wealth to gain friends for yourselves, so that when it is gone, you will be welcomed into eternal dwellings.

Instead of preaching a sermon on this topic, I engaged a few of the parishioners in enacting the scene. This service took place at Irene Homes for intellectually disabled women, a ministry setting that brings me great joy. The ladies participated wholeheartedly in the acting out the story, as you can see in the video taken by someone in the congregation.

The moral of the story is that we should use what we have in life (what Jesus refers to as ‘worldly wealth’) to build positive relationships with people and to invest in the development of the world. While the people we invest in might not open their homes to us, as the dishonest manager in Jesus’ story hoped. But God will open his eternal home to us. And that’s a worthwhile investment! 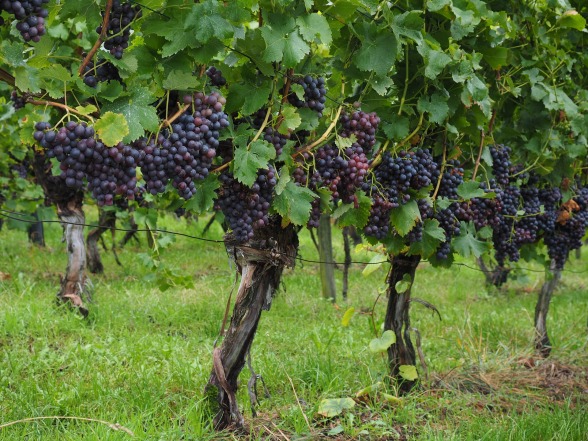 Today we ask the question, Who am I? Or more specifically, What is my identity as a Christian? This is the first of five themes in a series on stewardship, where we reflect on our role in taking care of God’s business in the world.

In this audio message, I make the following points:

(This sermon was preached on 25 August. I was away at the time, so unable to load it until now.)

The week leading up to this sermon was quite a challenge. A dear colleague of ours, Prof Tessa Hochfeld, was killed in a freak biking accident the previous weekend. During the week leading up to this sermon, I attended her funeral and lead a memorial service for her at our university. Tessa was one of those rare human beings – brilliant, compassionate, humble and rooted in social justice. Her death shook us all and was uppermost in mind during the week. So, it was inevitable that the question of death should become the topic of this sermon.

As it turned out, in the week after the sermon, another colleague of ours, Dr Memory Mathe, was brutally murdered, along with her domestic helper, Ms Pretty Moyo, by men who wanted her car. We buried Memory yesterday.

In addition, a spate of femicides in South Africa have led to a rising tide of anger, particularly among women, leading to demonstrations around the country. Uyinene Mrwetyana, a university student, was lured into a post office where she was raped and murdered. She also was buried yesterday. Death in all its forms has been prominent in our thoughts.

Death is not a comfortable topic for most people. We tend to shy away from it. We regard talking or thinking about death as morbid. We often shield children entirely from death. When an older person talks about dying, we often tell them to ‘buck up’. And when they are on their deathbed, we sometimes do more than we should to prolong their life, no matter how poor its quality, no matter their own wishes. Most of us appear to suffer from thanatophobia – the fear of death.

Christians are by no means exempted from this fear!

I have long thought that if Christians cannot talk openly about death, who can? We, of all people, should be able to look death in the eye and, while not welcoming it, not be afraid it.

In this message, I grapple with Biblical views on death. In simplistic terms, the scriptures present two views of death: death as bad and death as good. I walk us through these views and suggest a way forward for us as Christians to engage with death holistically.

I dedicate the message to Tessa Hochfeld and to Memory Mathe, Pretty Moyo, Uyinene Mrwetyana and other women who have died at the hands of men.