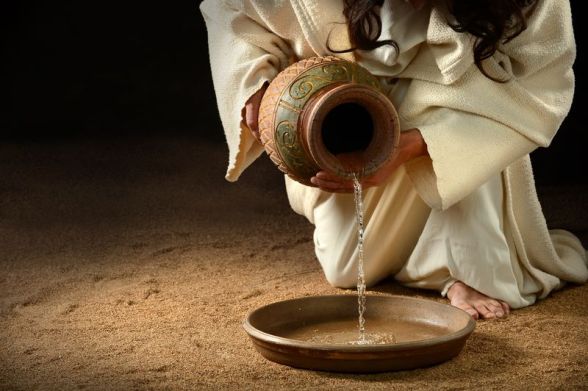 Click here to listen to the audio recording of this 6-minute message. Or watch the YouTube video below. Or read the short text summary after that.

Two of Jesus’ disciples come to him asking for positions of authority in heaven (Mark 10:35-45). It is really an immature and arrogant request. Understandably, Jesus responds quite firmly. In part he points out that in the world people are grasping for positions of power that they can lord over others, but then he says, “Not so with you!” He calls us to a different value system.

And then he continues to says that “even the Son of Man did not come to be served, but to serve, and to give his life as a ransom for many.” If even Jesus – the Son of God – has come as a servant, how much more should we be servants. We are called to take on a servant mentality – as awful as that might sound – and to live out his role in the world – serving humanity.

We have a critical failure in South Africa of public service, from those employed by the State (who are called “public servants”, as described in the Batho Pele White Paper for Public Service). Far too many people who are employed as public servants (whether as general assistants, chief directors or ministers) have lost this focus – that they are employed to serve the public. But not just them – all of us! We Christians are all put here on earth to serve humanity, to serve the world. Even the Son of Man did not come to be served, but to serve.

One thought on “Servanthood”