Ten times in the Gospels we are told that Jesus “touched” people in the context of healing:

In nine passages, other people “touched” Jesus to obtain healing:

In addition Jesus “touched” the disciples during the transfiguration when they had fallen to the ground, saying, “Do not be afraid” (Matthew 17:7). And Jesus invited the disciples to “touch” his resurrected body as proof that he was not a ghost (Luke 24:39).

There are also other passages where touch is clearly implied even though the word “touch” is not used, for example in John 9:6-15, Jesus heals a blind man by making mud from saliva and dust and putting it on the man’s eyes.

Given that the Gospels are a selective presentation of Jesus’ actions, it is likely that these were typical of how he interacted with those in need. Jesus frequently, even typically, touched people in the process of healing them. I am always struck by how tactile Jesus was – the extent to which he wanted to be in physical contact with those he healed.

John 9:6 is evocative in its meaning: “[Jesus] spit on the ground, made some mud with the saliva, and put it on the man’s eyes.” It reminds me of God creating Adam in the Genesis 2:7 narrative, which we studied on Day 4: “The Lord God formed a man from the dust of the ground and breathed into his nostrils the breath of life, and the man became a living being.” There is a similar use of mud and a similar use of one’s physical self (breath or saliva) and a similar result (life or sight). It suggests that Jesus’ healings were works of creation; that in healing someone of some illness, he was re-creating them, restoring them to the original design of God the Creator. It is as if Jesus remembers that illness and suffering were never part of God’s plan for humanity – these resulted from the Fall – and repeatedly desires to return us to our original state of wholeness and perfection. Healing as re-creation.

In my training of social work students in the skills and processes of counselling, I caution them about touch. Touch is a most powerful action, but unpredictable – comforting for some but traumatising for others. For those who have experienced abuse, a touch, no matter how well-intentioned, can evoke traumatic memories and elicit visceral reactions. The person may cry out in terror, lash out in rage, respond sexually or emotionally disintegrate. It is terribly hard to judge what kind of reaction you might get when you touch a vulnerable person. Particularly for young and inexperienced counsellors, and particularly when counselling someone of the gender to whom you are attracted, touch can cross a professional boundary and rapidly become sexualised rather than therapeutic. So for undergraduate students who are in the early stages of learning our craft, the rule is “no physical contact other than a handshake”.

But those in the medical profession will testify that physical contact, which is appropriate and inevitable in their trade, is seldom traumatising and most often comforting and encouraging. A doctor or nurse will press your body and ask, “Does this hurt? And how about here?” Their touch is evidence of their competence and of their caring. It conveys a sense of closeness and human connection. It evokes memories of being mothered, cuddled, caressed, nurtured. And so we commonly speak of someone as having a “healing touch”, because we easily associate touch with healing. A doctor who will not touch her or his patients might be considered no doctor at all – that is how closely we associate healing and touch.

We can imagine that Jesus’ touch was not experienced as traumatising for the people Jesus’ encountered, but rather that it was experienced as healing. We see this most clearly by the fact that half of the healing-touch references are initiated by the patients and not by Jesus. Everyone wanted to touch Jesus to get healed.

The most vivid of these is the woman who had been haemorrhaging for 12 years. Mark says of her, “She had suffered a great deal under the care of many doctors and had spent all she had, yet instead of getting better she grew worse. When she heard about Jesus, she came up behind him in the crowd and touched his cloak, because she thought, ‘If I just touch his clothes, I will be healed.’ Immediately her bleeding stopped and she felt in her body that she was freed from her suffering” (Mark 5:26-29). After innumerable and probably expensive but ineffective treatments at the hands of many doctors, she becomes convinced that Jesus’ touch will cure her. Her conviction was probably based on witnessing or hearing testimony from others who had been healed by Jesus’ touch. So convinced is she, that she is sure that she does not even need to touch his body and he does not even need to know he was touching her – the power in him would flow into her at the slightest contact, even indirect contact – through his clothing. Of course, she was right!

That Jesus felt the power go out of him (Mark 5:30) suggests that physical touch was more than a psychological demonstration of caring, but that there was in fact healing in his touch. In touching people, Jesus becomes a bridge or a conduit that crosses a gap between the sick person and God. It is a “thin place”[1] in which God comes particularly close to a human being and healing is experienced. If we believe that the fullness of God dwells in Christ in bodily form (Colossians 2:9), then in fact touching Christ brings the “toucher” in direct contact with the Divine – Jesus is not so much a bridge to God, but God in the flesh.

The healing of this woman seems to have become widely known and many people drew the same conclusion I have and thus sought Jesus out: “Wherever [Jesus] went – into villages, towns or countryside – they placed the sick in the marketplaces. They begged him to let them touch even the edge of his cloak, and all who touched him were healed” (Mark 6:56).

In addition to all of this, there is something beautifully intimate and delicate in Jesus’ touching those who are ill. We believe that God is Spirit, not corporeal. Thus God has no hands or body with which to touch humans. After aeons of imagining humanity and thousands of years of interacting with humanity, God finally has the opportunity actually touch humanity – to not only experience life from within the human body, but also to interact with others physically. Each touch between Jesus and another person is another unique experience for God.

Such touches are dual edged. Initially, such a touch brings God into contact with human pain and suffering, with the fragility of human life and the vulnerability of our bodies and minds. Those of us who work in the human services know that regular contact with suffering takes its toll on us – we experience the pain of those we serve and can become overwhelmed by it, to the extent that we can no longer separate our own pain from those around us. We call this ‘burnout’. Jesus’ initial touch, then, is a further expression of the immanence of God, which we have encountered several times before – on Day 7 in relation to God’s seeing, hearing, concerning and coming down to the people of Israel suffering in Egypt and on Day 19 in relation to the incarnation as God’s immersion into the experience of humanity. We will come to it again when we reflect on the cross.

But in terms of Jesus touching people, each touch is a coming close to us in our suffering, of God exposing Godself to our fallenness. This points to God’s courage, God’s love, God’s presence, God’s empathy. God is not remote in a safe, protected heaven. God is not unmoved by our suffering. Rather, God is fully present and both emotionally and physically connected to us.

The other side of the dual edge of Christ’s touch is that after connecting with and experiencing our suffering, Christ heals. Once Christ has shared in our suffering, we can share in Christ’s wholeness – His joy, completeness, fullness, peace and love. Like the woman who bled, when we allow Christ to touch us or when reach out to touch Him, we may experience the healing presence of Christ, an outpouring of His power into ourselves. Although not every touch of Christ is so distinctively powerful and even when we are not miraculously healed like the bleeding woman, we can trust in Him to impart healing to us. We trust, because we have seen that touching and healing is habitual and second nature to Jesus, and that this reflects the character of God, who loves us and who longs to touch and heal.

Meditation for the Day

Prayer for the Day

Healing Lord, please touch me today in those places in my life that are wounded and sick. Bring healing and comfort, that I may rise up to love and serve you. 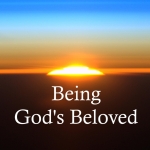