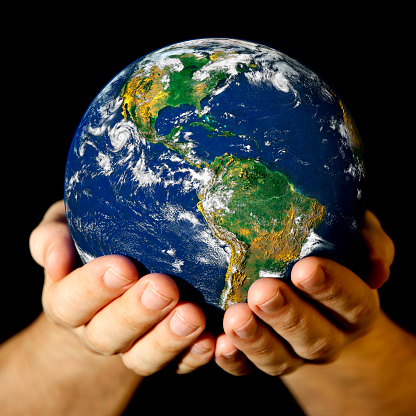 Click here to listen to the audio recording of this 21-minute message. Or watch the YouTube video below. Or read the text summary that follows.

How is it that John tells us not to love the world? Must we hate the world? Or distance ourselves from it? And from the people who live in it? These questions are made yet more challenging because John uses the Greek word agape for ‘love’, which is the kind of self-sacrificial love we use for Jesus’ love for us. How then do we make sense of this passage?

When presented with difficult passages, we should always look at the text in context. The immediate context is the letter that John is writing. And a broader context that I often find useful is the life and teaching of Christ – what we learn in the Gospels. From Jesus, we learn much of value about loving the world, for example, in John 3:16-17, Jesus says to Nicodemus:

For God so loved the world that he gave his one and only Son, that whoever believes in him shall not perish but have eternal life. For God did not send his Son into the world to condemn the world, but to save the world through him.

Clearly, from this passage, God loves the world extravagantly, so much so, that he sent his Son, Christ, into the world. Not to condemn or judge the world, but rather to save it, to heal it, to reconcile it to God. Indeed, this teaching comes across in numerous places throughout the Second Testament. John, as the author of both the Gospel and the letter, cannot be meaning that we must hate the world or even not love it. His meaning must be more nuanced than that.

Let’s look at another passage, from Luke 10:25-37. Here Jesus is asked by an expert in the Law what he must do to inherit eternal life. Jesus answers with the Great Commandment – to love God and to love one’s neighbour. Because ‘neighbour’ could easily be interpreted to mean just those close to me, people who are like me, the expert rightly asks Jesus, “And who is my neighbour?” Jesus then tells the parable of the Good Samaritan – the Samaritan is the neighbour – a person who was not part of the Jewish community or faith. In effect, Jesus says, ‘Everyone is your neighbour’. Or even, ‘The world is your neighbour’. Again, John can certainly not be implying that we love only other Christians and not love ‘the world’ – this would be against Christ’s own teachings.

When we look more closely at John’s letter, we read:

Here John gives a more nuanced explanation of what he means by ‘the world’. It is not actually the world itself or its people, but rather worldly values, which are often at odds with the values of Christ.

All too often, Christians assimilate the values of the world and turn them into pseudo-Christian values. As wise Christians, we need to be critical about what we hear and what we accept. We need to look at the values of our church, the values that our pastors/ministers/priests preach about, and how our church behaves, and critically evaluate whether they are aligned with the values and behaviour of Christ. This is John’s message.

Let me give three examples:

Dear friend, let us heed John’s warning to not become entangled in the values of this world – the lust of the flesh, the lust of the eyes, and the pride of life – and in particular to not allow these values to be assimilated into Christian teaching in our church. As John says, “The world and its desires pass away, but whoever does the will of God lives forever.” Let us hold firm, then, to the life pattern and teaching of our Lord Jesus Christ.

I would like, at the end of this year, to pay tribute to the people in (I think) the Democratic Republic of the Congo who wove the Kuba cloth that has been my backdrop for all my sermons during 2020. I purchased this cloth in Zambia several years ago and have treasured it as a work of great skill among African artists. I have been pleased to have it as my backdrop this year.

2 thoughts on “The world”